In 2002 the Committee for National Defence Studies for the first time asked four presidential candidates to set out their ‘professions of faith’ on defence and collective security. At the end of January this year we again invited the four candidates leading in the opinion polls (François Bayrou, Jean-Marie Le Pen, Ségolène Royal and Nicolas Sarkozy) to set out their credo.

Apart from M. Le Pen’s contribution, the answers have much in common, even if there are differences of emphasis concerning their interest in the defence community or European initiatives. The candidates affirm that they understand the volatility of the threats, and the dangerousness and potential instability of the world.

The President, the Government and the elected members of the new legislature who will be most closely associated with defence and security matters will have much on which to ponder. This will be more difficult than hitherto: the subject has become much more complex since the rise of non-state terrorism, whose inherent unpredictability makes it a formidable opponent for hi-tech, conventional armed forces, who suffer from shortcomings in their ability to adapt and react.

A major investment in strategic thinking at the European level is needed, with no preconceived ideas, leading to work on capabilities, and then equipment programmes based on ‘incremental acquisition’. The aim must be to avoid two traditional (and costly) pitfalls: the late entry into service of ill-adapted equipment and the rising number of ‘crash’ programmes. This month we publish several articles that may help the presidential candidates to clear their minds in this respect.

We will continue to contribute to the process of reflection in a future issue by discussing the lessons learned by different countries and emerging force employment doctrines. 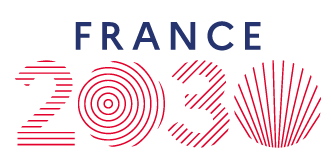